Staged readings include only the simplest of props, if any at all.  Chairs, music stands, perhaps a few hand-held items.  The illusion of the stage is of critical importance.  One may think of Marshall McLuhan’s distinction between hot and cold media, where “cold” media, offering sparse sensory input, require more participation of the audience.

In the case of A Routine Procedure, we imagine an operating room where a dilation and curettage are being performed (the “routine procedure”); then, later, we find ourselves in a gallery exhibit of award winning photography.   The space between the actors on stage and the audience in their rowed seats is reduced to the circumference of a Mont Blanc pen, the diameter of a Vicodin pill, the width of a suture.

Ruth’s text in A Routine Procedure gives us language rich with images to work from.  And these images, along with the developing tensions among the principal characters, lead us steadily toward the central dilemmas and questions of the play.

Among the questions:  What is the meaning of a woman’s fate when it has been determined by someone else?

Looking for a lively post-performance discussion! 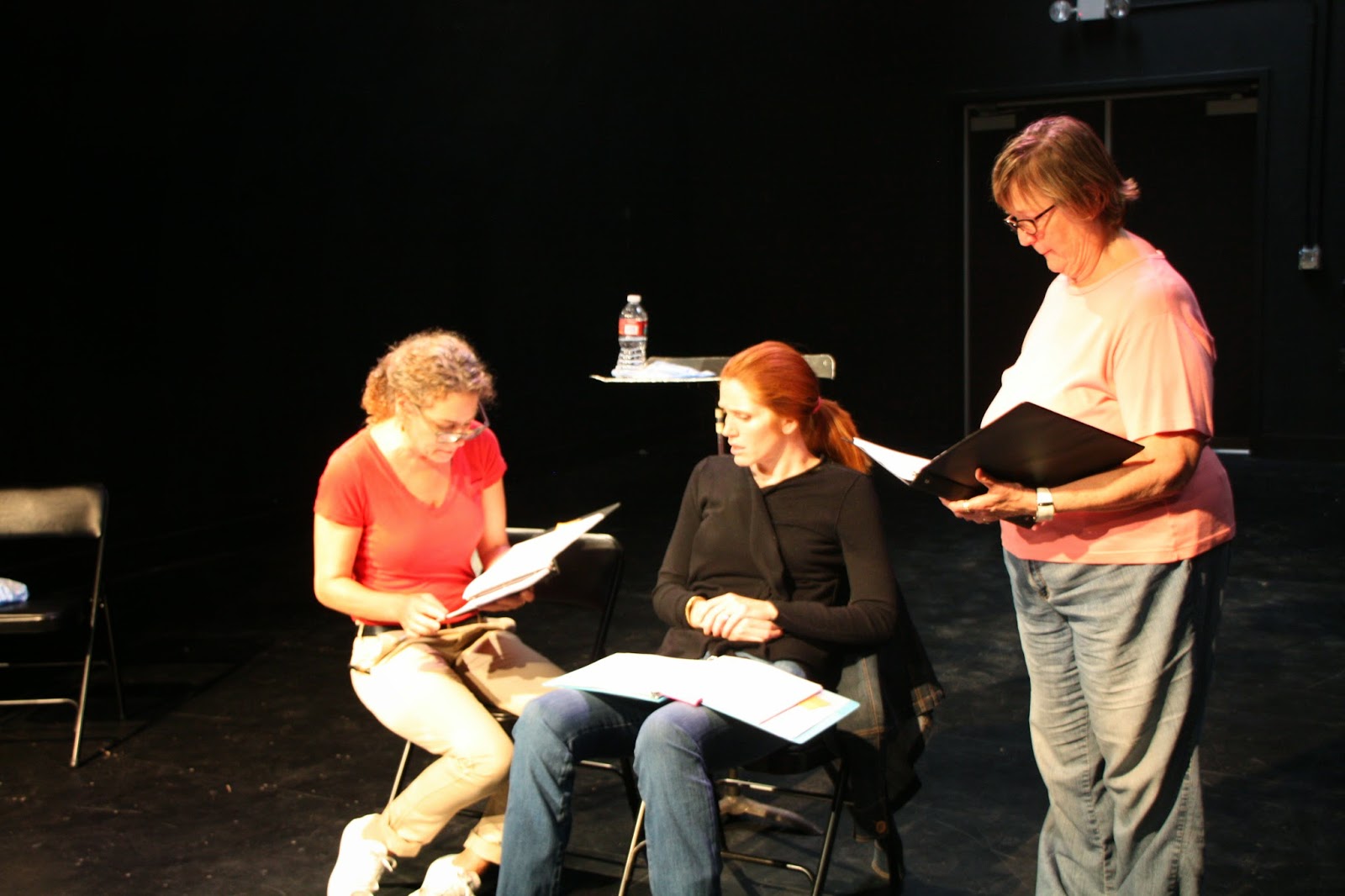 The Virago Theatre Company (https://www.viragotheatre.org/) solicits new plays each year for consideration for its summer New Play Reading Series.  Plays selected are assigned a director, then cast, rehearsed, and performed on stage.  Our readings generally have at least minimal blocking and movement.  From the rehearsal on, the work is done in collaboration with the playwright.  After each reading, I facilitate a Talk Back with the audience, giving them the opportunity to talk with the playwright, director, cast, and myself.

As Virago has become a resident company of the newly established Flight Deck in Oakland (CA) (http://www.theflightdeck.org/), all the readings are performed in the Flight Deck’s main theater, which is large enough for a  complex production (though our readings don’t take up much space), yet has a comfortable feeling to it, so that the Talk Backs feel intimate.

The readings occur on Wednesday nights (through July 2), and last night we staged the second of the four plays we selected for this summer’s Reading Series.

Last week we read Nancy Cooper Frank’s Daniil Kharms:  A Life in One Act and Several Dozen Eggs.  L. Peter Callender directed.  There was probably no way to begin our series in a more lively manner.  Frank’s text captures the spirit of the edgy avante-garde absurdism of Daniil Kharms’s mid-century Russian writing, as well as the paranoia (no, wait—it’s not paranoia when people are in fact stalking you and taking notes, right?).  To this was added Peter's spontaneity and uncanny ability to make body movement speak.   The laptop from which we were going to play music that we had selected—some discordant piano (Pierre Boulez, “Structures IA”)—did not appear, so it looked as if we would have to do without the music.  Then we heard musician Laura Inserra rehearsing for a set that would precede our reading, with her lap steel drums, finger piano, and pan pipes.  Peter and I had the same thought simultaneously, and he asked her if she would be willing to play some music impromptu for our reading.  She agreed, but within the first ten minutes of the reading, it was clear that our plans for cueing her were not working.  Peter caught her eye, slid off his front row seat, and spent the rest of the reading directing her when to enter and what instruments to use.  The success of this was assured by Peter’s comfort with spontaneity, and Laura’s haunting musicianship.  At no point did it feel as if Laura was simply playing riffs familiar to her—with a watchful eye on the actors, Laura translated their emotions with her music.  I suspect Daniil Kharms would have been pleased.

Last night we read Charley Lerrigo’s Fluffy: A Gorilla, with Laura Lundy-Paine directing.  The gorilla is a droid (robot, but for “relationships”), programmed to keep a 13 year old girl happy.  Happiness for a 13 year old girl begins simply, with innocent hugs, some advocacy against her mother, and assistance with homework.  But she’s 13, so pretty much everything is developmental.  And Fluffy, programmed to protect her and interact only innocently, is capable of learning.  So . . . . . ..  During the Talk Back after the reading, some of the most insightful observations and pointed questions came from a teenage boy in the audience.
Posted by Unknown at 11:34 AM No comments: